List of topics "Elixir Practical Guide", a book written by our CEO Kuroda, has been released by Impress.

"Elixir Practical Guide", a book written by our CEO Kuroda, has been released by Impress. 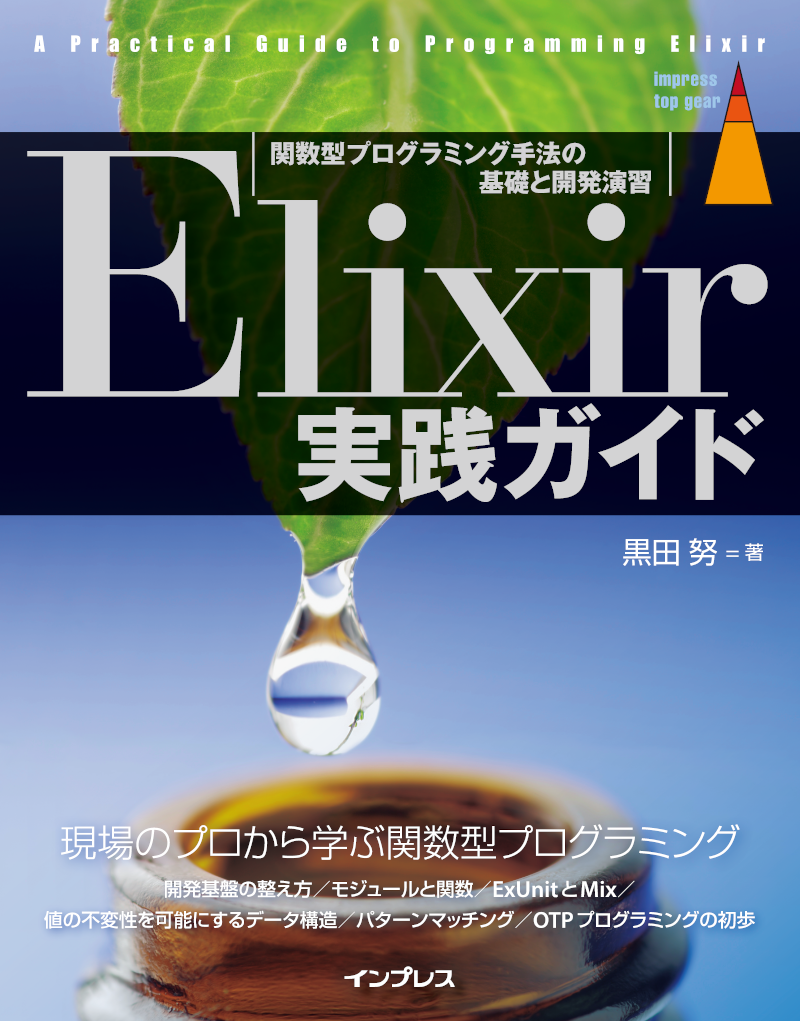 I don't remember exactly when I first encountered Elixir, the programming language that is the subject of this book. Let's vaguely say it was in the mid-2010s. For about a decade before that, I used Ruby on Rails (a web development framework based on the Ruby programming language, commonly known as "Rails") exclusively. I've developed web applications with Rails and written books explaining Rails.

I'm not even sure why I got interested in Elixir. I had heard rumors that there was such a thing as a "functional programming language" out there, and that it was very interesting. I had even done some research on functional languages other than Elixir. However, I had a preconceived notion that they were favored by researchers and theorists, but were not practical, so I did not want to take them seriously.

Then a turning point came for me: in the late 2010s, single page applications (SPA) became all the rage in the world of web application development. SPA is a generic term for web applications that provide UI/UX similar to desktop applications. The use of JavaScript frameworks (React, Vue, etc.) to support SPA development spread rapidly. In order to ride this huge wave, I vigorously collected information and repeated trial and error. In the process, I discovered Phoenix Framework, an Elixir-based web development framework, commonly known as "Phoenix".

Once we actually built a concrete web application of some scale, we found Elixir to be a very easy to write and practical programming language. The functional programming language constraint that all data is immutable was not a hindrance to development. In addition, Elixir does not have what is called "inheritance" in object-oriented programming (OOP), but surprisingly, this was not a source of frustration.

Compared to Java, PHP, Python, Ruby, etc., Elixir has a very short history and is not well known by the general public. However, I predict that Elixir will have a golden age in the 2020s. The reason for this is the enthusiasm of the Elixir community. The Elixir ecosystem is rapidly maturing, with many talented people and influential companies joining the fray.

Now, this book is an introduction to Elixir. It explains basic concepts like "variables" and "integers" in as much detail as possible, in order to open the door not only to current programmers who want to try a new language, but also to beginners in programming. In addition, we have included many concrete source codes and their execution results. In particular, we have tried to explain in detail the examples of incorrect source codes and the warnings and error messages that are output when they are executed. This is to avoid misleading beginners and discouraging them from learning.

The first part is further divided into five parts. Part I is a rather quick introduction to the basic concepts of Elixir programming. Learn about Elixir's distinctive language specifications here, including data types, modules, functions, macros, pattern matching, pipe operators, and more. The procedure for setting up an Elixir development environment will be explained in Chapter 2.

Part IV, titled "The Fascinating World of Elixir", focuses on pattern matching, a language specification that makes Elixir's lack of inheritance a no-brainer. Other interesting topics covered in this part include "comprehension notation" and "reduce functions".

Practice questions are provided at the end of each chapter from Chapter 3 to Chapter 25. It is difficult to learn a programming language just by reading a book, so we encourage you to challenge yourself without looking at the answers in the appendix at the end of the book.